Augmented Reality - Blurring the lines between the real and unreal 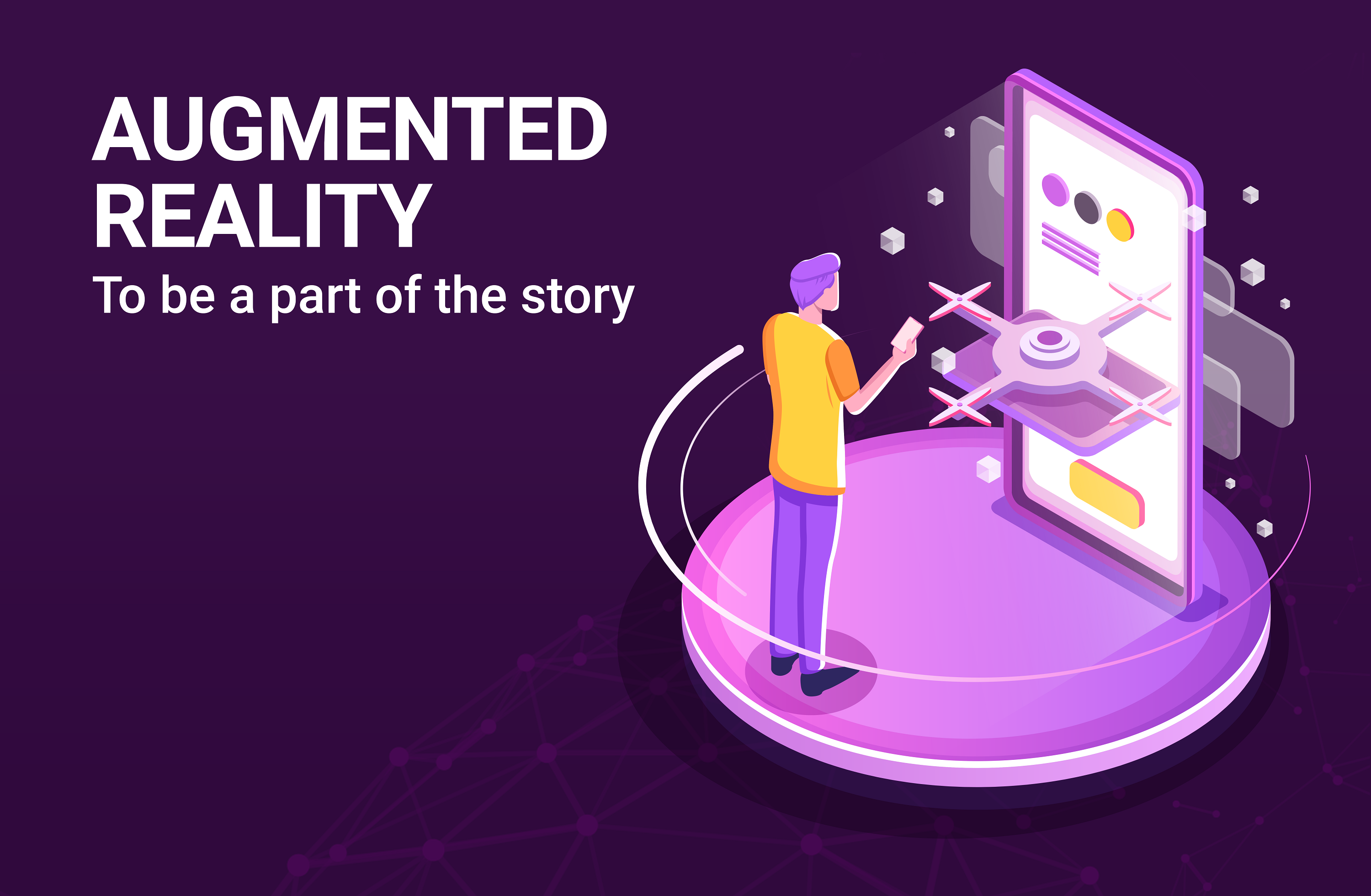 Animation is a process to bring simple, static images to life. Before the advent of swanky software and high-performance computers, hand drawings were drawn on smooth celluloid sheets and then printed on paper. To create the illusion of movement, these celluloids are placed on a blank background, and then professionals using an Animation Camera capture the sequence. These celluloid are played at a faster speed to show movement and to achieve the illusion that the characters and the scenes are playing like a movie.

With the advent of computer-assisted animation, most animated movies today are created with computer-generated images. The techniques used in animation have evolved. As we move forward, technologies such as AR and VR have taken this field of animation into a whole new dimension.

Why take the pain to animate these works of art? Is it adding any value to it?

In this day and age of storytelling, advertising, and connecting with the audiences, animation is your best friend, helping you connect with anyone irrespective of their age! But the artist gene of any animator somehow only wants more, i.e a better way to tell their story, more detailed, efficient, and as close to reality as possible, which is what gave rise to a whole new world of VR (virtual reality) and AR (Augmented reality).

IMAX always opens its screening with a bold tagline about not just watching a movie but being part of one. Well, that’s a great copy but not as technologically accurate (sorry IMAX!) Though AR is something that takes a few correct steps towards this goal! The literal definition of augmented reality as stated by Merriam Webster is an enhanced version of reality, technologically created to overlay the digital information onto a live camera feed. In simple words, AR is a type of reality that is being technologically created to expand the reality that we are used to.

How would AR help you in advertising?

The modern world is digital; according to a report by We Are Social, there are almost 4.5 billion active internet users globally. There’s plenty of work for advertisers and marketers. No wonder the digital advertising market is booming: worldwide spending on digital ads is expected to grow from 283 billion in 2018 to $517 billion by 2023.

As the definition states to help you perceive a whole different reality around you, AR advertisements can hence be the most immersive option you could go for to strike an emotional connection with your audience as they get the opportunity to have something as close to a real interaction as possible.

Contrary to popular belief, an AR advertising campaign can sometimes prove to be a more cost-effective option than print ads as placing print ads in a popular magazine or news daily can cost a whole lot more.

Most popular apps and websites, from Snapchat and Instagram to Lenskart utilize the power of AR now, with Snapchat giving you an array of entertaining filters to use; to Lenskart offering you the option to try on thousands of pairs of spectacle frames or sunglasses over a 3D mesh of your face in one seating.

AR, and its future:

Its only upwards from here as the various reality altering technologies are used together in symbiosis to create a completely new world. New research by L’Atelier identified 80 underpinning technologies that should achieve readiness by 2030. All of them, more or less, are involved in augmented and virtual reality. In its cluster, “immersive reality” is one. Some technologies are directly associated with the idea of creating glasses in which augmented reality could be seen:

• a retinal projector that  mounts on glasses and projects holographic images onto the user’s eye;

Augmented and virtual reality will be key areas for innovation in the near future. Skillful use of all marketing opportunities by companies will increase their sales.

Most of the production houses in Delhi and other cities can help you with your AR needs.

Griffin Pictures is one such production house, easily considered the best Ad film production house in Delhi & Mumbai, that can help you with all your ad-film worries under one roof.
Author: Nilay -  A thinker, who is constantly on an adventure to explore everything new, from trends to food to music.