Best Movies Of 2020 At Theatre 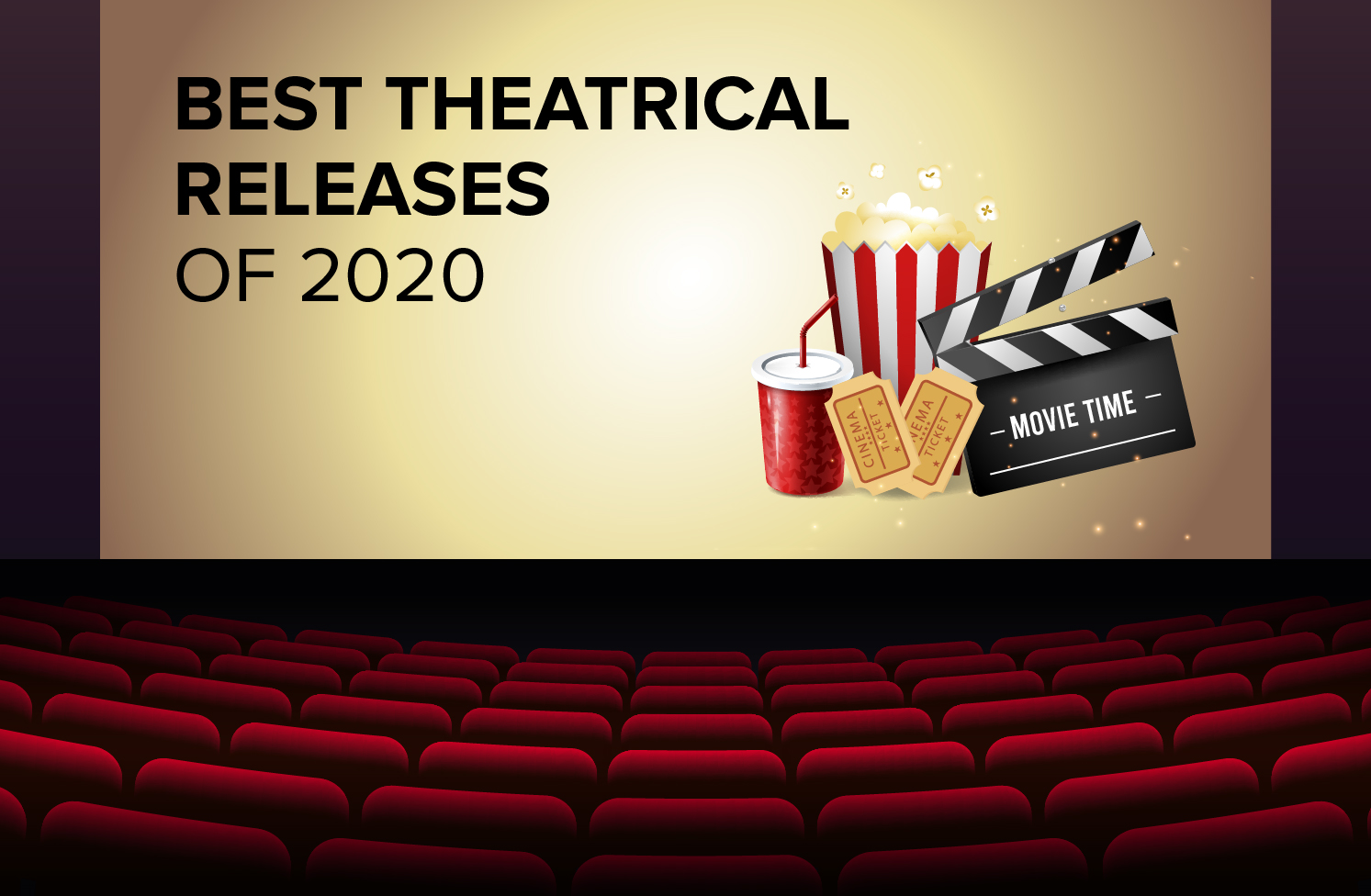 2020 saw a new dawn of Bollywood & regional movies. In the beginning of the year a number of remarkable movies were released that wowed the audience with their storyline, cast performance and dialogues. We never released the joy and importance of going to a theatre and enjoying a film until now. We all agree that we missed cinema halls terribly.

Let’s trace back to some of the best theatrical releases of 2020.

In the beginning of 2020, the audience was blown away by this hard-hitting and inspiring film. Chhapaak narrates the story of an acid attack survivor, Malti, and her fight for justice, not just for herself but also for all the other acid attack survivors. The film starred Deepika Padukone, Vikrant Massey and Madhurjeet Sarghi, and was directed by Meghna Gulzar. The film also marked the first production venture by Deepika Padukone. Chhapaak was well-received by the audience and critics alike. The film garnered an overall collection of ?55.44 crore globally.

This historical action film took the entire Maharashtra by storm. It re-enacts the 17th century historical event of Tanaji Malusare’s efforts to recapture the Kondana Fort. The film stars Ajay Devgn, Saif Ali Khan, Kajol, Sharad Kelkar and Luke Kenny in the main lead. Directed by Om Raut, the movie was produced under the two prestigious production houses T-Series Films and Ajay Devgn FFilms. Due to popular demand, Tanhaji: The Unsung Warrior was released in Marathi as well. With a worldwide gross collection of ?367.65 crore, it became the highest-grossing film of 2020.

The Malayalam crime thriller Anjaam Pathiraa stars Kunchacko Boban, Sharaf U Dheen, Unnimaya Prasad, Jinu Joseph, and Sreenath Bhasi in the main roles. Directed by Midhum Manuel Thomas, the film chronicles the journey of a police squad trying to get hold of a brutal serial killer. The film was well-received by critics as well as the audience and made an estimated collection of ?50 crore.

Released on Makar Sankranti 2020, Ala Vaikunthapurramuloo was directed by Trivikram Srinivas. The movie revolves around a young man who tries to make a place for himself in his biological family after learning of his true parentage. The film starred Allu Arjun, Pooja Hegde, Tabu, Jayaram, Sushanth, Navdeep, Nivetha Pethuraj, Samuthirakani, Murali Sharma, Rajendra Prasad, Sunil, Sachin Khedekar, and Harsha Vardhan in the main roles. Critics as well as the audience were all praises for Allu Arjun’s and Murali Sharma’s performances in the film. With a positive response from the audience, it became one of the highest-grossing Telugu films with a gross collection of ?2.62 billion at the box office worldwide. After its theatrical run, the film was released on Netflix in Telugu as well in Malayalam.

A spin-off of Shubh Mangal Saavdhan, Shubh Mangal Zyada Saavdhan is a first Bollywood romance-comedy film that narrates the story of a same-sex couple. The film featured Ayushmann Khurrana, Jitendra Kumar, Neena Gupta and Gajraj Rao in the lead roles. The film conveyed an important message to the society and won over the audience with it’s quirky dialogues and impeccable cast performance. The film made a gross collection of ?863.9 million worldwide. With films like these being made in Bollywood.

There have been many films made in the past based on women and their rights of equality. But this film addresses the crux of the problems women deal with i.e., the years of conditioning they undergo to neglect their needs, desires and self-respect. Thappad traces the story of a happily married couple and the wife’s fight when she takes a blow at her self-respect. The film stars Taapsee Pannu in the lead role and Pavail Gulati, Dia Mirza, Kumud Mishra and Ratna Pathak Shah in supporting roles. Directed by the well-known Anubhav Sinha, Thappad was produced under Benaras Media Works and T-Series, two of the popular production houses of Bollywood. However, due to lockdown announced in March, the film was released on Amazon Prime Video on 1 May 2020. Even within a short span of its release, the film made a worldwide gross collection of ?43.77 crore.

Directed by Homi Adjania and produced by the best production house Maddock Films, Angrezi Medium traces the emotional yet hilarious journey of a father-daughter to fulfill the daughter’s dream. The film featured Late Irrfan Khan, Radhika Madan, Deepak Dobriyal and Kareena Kapoor Khan. Due to the lockdown imposed in March, the film was later released on Disney+ Hotstar. The film garnered a gross collection of ?13.54 crore, nationally and overseas combined.

The Marathi film Kesari is an inspiring story of a young boy belonging to a less fortunate family who dreams of winning the Maharashtra Kesari title in wrestling. The film stars Virat Madke, Rupa Borgaonkar, Mahesh Manjrekar, Vikram Gokhale and Mohan Joshi in the lead roles and is directed by Sujay Dahake. It was distributed by AA Films and produced by Bhavna FIlms LLP.